Evolutionary Improvements and Their Effect on Humanity

Digital transformation is a holistic change and a continuous evolution in the function, appearance and utility of devices, products, customers and medium of achieving supply or satisfaction to users by leveraging technological advancement and other creative advantages the internet offers.

This definition captures the whole scope of end-to-end use, as well as the possibility for future-inclined advantages that could arise on the strength of creativity to lessen the burden of manual input to executing tasks and reaching the goals of the customers with maximum satisfaction while saving time, and making a user-centric world that profits them as well.

At a fast pace, we have seen processes and data shift from manual to digital– from written contracts to DocuSign, from file cabinets to cloud storage, from repetitive tasks to automation. Where letters and mail delivery patterns have shifted from manual post-office passages to electronic mail, delivery times have dramatically decreased from days to seconds, while becoming more dynamic in nature, supporting video attachments and real-time annotations.

In light of the disruption that diverse industries have experienced through digitalization, this article will walk you through core niches that have been quantumly improved by technological transformations, while offering a peek into what the future holds as automation, artificial intelligence, and decentralization immensely greet the shores of industries like automotive, aerospace, retail, banking, insurance, healthcare and much more.

The global, human economy holds the store of value attributed to the wealth of a nation or any individual, nationalization, and astute development that can be seen or recorded. It is evident that none of these areas have experienced any lasting change without human input, and technology is fast gaining credence and acceptability in all of these niches.

Taking a deep breath and re-thinking, anyone would become curious to know as to what extent digital transformation has rebranded and redefined the concept of global and human economy.  Discussed below, are keynote disruptions caused by digital transformation in a bid to actualize a true change that resounds with Intrizen’s vision of a happier human connection and a lasting legacy of a transformed world.

Given that there are several zones where digital inclusion has resulted in massive disruption, the following key zones will be considered regarding digital transformation:

The immersive inclusion of technological possibilities in every core unit of any business thereby resulting in a total change in scalability in the operation of the business and the optimization of customer satisfaction is digital transformation in the business world.

So, when you think of e-commerce businesses– the established business organization Amazon comes to mind. But much more than what everyone desires now in Amazon is years of serial transformation as a result of digital integration into the whole idea Mr. Bezos had.

Users can now go from writing long letters (hosting their list of groceries with their eyes on the mailbox and waiting for deliveries often with unsure due dates) to having easy automation of products, pre-scheduled times and locations for pick-ups, alerts and notifications of delivery, enjoyable speed in production, manufacturing, receipting and documenting. Business is no longer what it used to be in the 90s, a proof of disruption!

Up till 2009, the monetary system governing the economy has not incorporated the masses in the governance of their fiance as well as assured them of a store of value capping the country’s currency to marginalize demand with supply.

Blockchain came to the limelight through satoshi and there has been a whole lot of transformation that has been onboarded to the whole world of finance. As a decentralized ledger technology (DLT), the blockchain not only yields currencies (majorly known as crypto), but it also transformed finance and financing as a whole seamlessly merging the whole world onto a global economy where gender, race, and nationality would not be a prerequisite.

Through the DLT, transactions are recorded on-chain (on the blockchain) and they are publicly accessible– poised to build a trustless and open budget, expenses, and executions. Record keeping is not what it used to be, the blockchain is truly transforming the finance zone.

Entertainment is core to human existence and it has been with humans through the years. The pattern used to achieve the same state of “being entertained” has changed from what it used to be– as this differs from region to region. Entertainment in London in the 18th century has evolved into a myriad of creatives and wild options for people in the 21st century. Music, dancing, gameplay, opera, etc. Some of these have changed from what they used to be in the 90s and some early part of the 2000s, while others are in their transitive state.

Considering games, for example, used to be board games (chess), cards, and dice, and some limited possibilities, but right now there are lots of games available for download and instant play without needing physical opponents on Google Play or Apple Store.  All you just need is your phone, internet connection, and updated software on these devices, and entertainment/fun resides in the palm of your hands.

With the advent of blockchain technology, more disruption is visiting this zone, as we now have play-to-earn– giving users the ownership right and incentivizing them to play their favorite games. This is again transforming the game and entertainment zone from what is now called web2 gaming to web3 (ownership). All of these possibilities are tapped and hacked into through the technological inclusion of the ever-advancing digital world.

Think of how the metaverse is bridging fun and adventure through virtual reality and bringing its immersive exploration home for anyone. Intrizen’s visionary metaverse’s antecedents clarify the disruption in the future digital transformation is hosting for companies and individuals that are inclined.

Another intriguing zone that has been tapped and massively transformed is that which deals with human relations. Before Meta (i.e Facebook), Instagram, Twitter, Snapchat, and TikTok, humans were quite manual, limited, and also one-way when it comes to relating.

The gates to a global village were yet unopened and so upon the launch of Facebook, the way of human communication changed. Two siblings can rather be in the room and prefer to use WhatsApp to communicate without needing to stand up and everyone picks their zone of interest, and communicates their mind.

Human relationships and socialization ultimately became broadened beyond the locality of your nativity as digital technology transformed it allowing anyone to meet new persons, automate chats, and comments, and receive talks and information beyond the walls of your continent– transitioning from place to place from the comfort of your room. 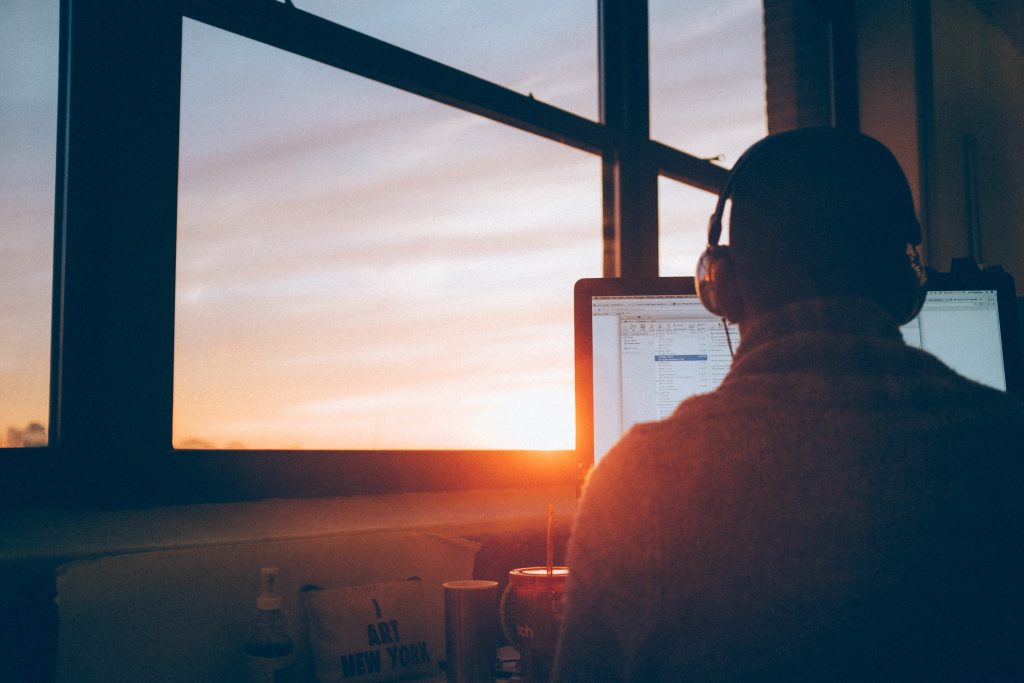 We are in an age of massive transformation, and a lot is currently going on. Keeping tabs on our newsletter would not only plunge you into the depth of updated knowledge but also allows you to have first-hand insight into technical details and progress that would contribute to the desired transformation you are looking for.

Digital solutions are key elements of any true transformation. Some problems must be tackled and solved creatively, leveraging technology, if our conclusion will be absolute that “there is a digital transformation”. Either it’s a lag in production, delivery, communication, inaccuracy, inefficiency, inadequacies, or some falsehood and limitations– these and many more are the problems digital transformation has taken effect on.

Having been aware of these, it is important that we take note of some notable solution that has taken place and (others) currently happening and are transforming work, humans, and the economy:

It is obvious that digital transformation brought diverse possibilities to the forefront of economic advancement and more seem unhacked. Technology is becoming a human’s resort to creating forward-thinking and strategic problem-solving abilities that forge a lasting impact– this is our vision at Intrizen, a vision that puts people at the center of large-scale technological advancements. Together, let us leave a lasting positive impact on the world.

A Guide to an Effective Business Digitalization Process

Do you remember when the internet first came about? There were many unknowns about what…

10 Signs That It’s Time To Upgrade Your HR Solution

Is It Time to Upgrade Your HR Solution? Making the decision to change your HCM…